Being Motivated To Move 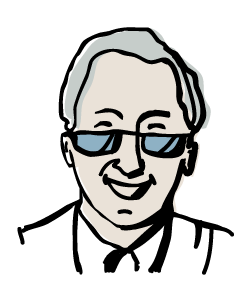 After I realized that the business that I worked for was starting to grow internationally, I volunteered to move so that I could see the world. I knew that the country where I would be heading didn't have apartments and houses the size I was used to, so I started looking for different ways to store my belongings. I also focused on improving my family's attitude about relocating, which helped everyone to be motivated to stay organized and complete the move successfully. This blog is all about being motivated to move and doing things correctly, so that you can enjoy a new place.

When looking into various moving companies in your area, you're likely to notice that they use two different pricing schemes. Some moving companies certain rate per hour, but others charge a flat rate for moving a home of the certain size. Which option is the better choice? Well, that really depends on your situation. Here's a look at some cases in which flat-rate moving is likely the better choice -- and a few when you're better off paying by the hour.

When are you best off paying by the hour?

You're willing to do a lot of the work yourself. If you plan on packing and unpacking by yourself, then you'll only need the movers for a short period of time. They will just need to load items into the truck, drive it to your new home, and unload it. It's pretty easy to estimate how long this will take, so you can reasonably estimate how much you'll pay, in total, based on their hourly rate. Flat rate moving fees usually include packing and furniture disassembly, so it's silly for you to pay a flat rate and then do the work yourself.

You're moving locally. Local moves don't typically take very long. There's less risk of something going wrong, such as traffic adding hours to the trip, than with a longer-distance move. Plus, many companies offer a set rate for the first few hours and then charge hourly after that. For instance, they may charge $200 for the first four hours, and then an additional $60 per hour after that. When your new home is close by, you stand a good chance of the move being completed in the initial time period.

When are you better off paying a flat rate?

You have a lot of stuff for the size of your home. When you have a ton of things, packing them up can take a ton of time -- and it's hard to estimate how long this will take. If you were to pay by the hour, the job could easily take much longer than planned, leading to increased costs. If you pay a flat rate, you don't have to stress about how long the packing will take.

You're moving far away. When you're moving more than an hour away, there are so many things that can happen to delay your move. A storm may keep the movers from taking the highway route. An accident or traffic stop could make the whole process take several hours longer. When you pay a flat rate, these issues that are out of your control don't cost you a thing.